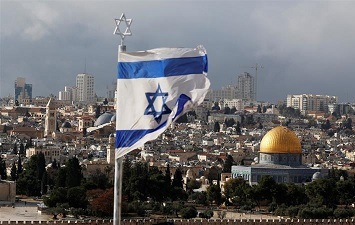 The name Israel comes from Genesis 32:28, "And he said, Thy name shall be called no more Jacob, but Israel: for as a prince hast thou power with God and with men, and hast prevailed."

So we can safely say that the word 'Israel', based on the Bible, means "He has striven/prevailed with God."

Throughout the entire world people are being taught that the physical nation Israel is still the chosen people of God even though they have openly rejected our Lord and Saviour, “The Christ”, Jesus of Nazareth. They have no scripture to support their claim that a nation who does not love Jesus still remains to be His children. How can we find the true Israel?

Matthew 7:16, “Ye shall know them by their fruits. Do men gather grapes of thorns, or figs of thistles?”

So, it is by their unbelief in Jesus that reveals to us who they really are as a nation or a people. Because they have chosen to rejected the Source for Salvation they cannot enter into heaven and there for they are not God's chosen people anymore.

Hosea 4:6, "My people are destroyed for lack of knowledge: because thou hast rejected knowledge, I will also reject thee."

They have rejected the truth that is found in the Lord Jesus Christ, so they them selves are also rejected by Him.

John 3:16, “For God so loved the world, that he gave his only begotten Son, that whosoever believeth in him should not perish, but have everlasting life.”

In fact, scripture tells us that the kingdom of God, Heaven will be given to another nation bringing forth the fruits and that it would be taken away from the physical nation Israel.

Parable regarding the nation Israel: 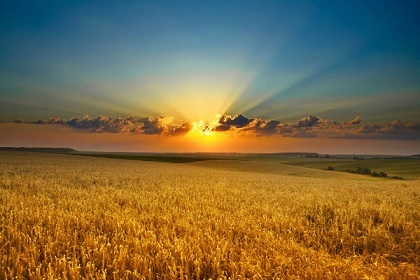 Matthew 21:33-43, “There was a certain householder, which planted a vineyard, and hedged it round about, and digged a winepress in it, and built a tower, and let it out to husbandmen, and went into a far country: And when the time of the fruit drew near, he sent his servants to the husbandmen, that they might receive the fruits of it. And the husbandmen took his servants, and beat one, and killed another, and stoned another. Again, he sent other servants more than the first: and they did unto them likewise. But last of all he sent unto them his son, saying, They will reverence my son. But when the husbandmen saw the son, they said among themselves, This is the heir; come, let us kill him, and let us seize on his inheritance. And they caught him, and cast [him] out of the vineyard, and slew [him]. When the lord therefore of the vineyard cometh, what will he do unto those husbandmen? They say unto him, He will miserably destroy those wicked men, and will let out [his] vineyard unto other husbandmen, which shall render him the fruits in their seasons. Jesus saith unto them, Did ye never read in the scriptures, The stone which the builders rejected, the same is become the head of the corner: this is the Lord's doing, and it is marvellous in our eyes?Therefore say I unto you, The kingdom of God shall be taken from you, and given to a nation bringing forth the fruits thereof.” 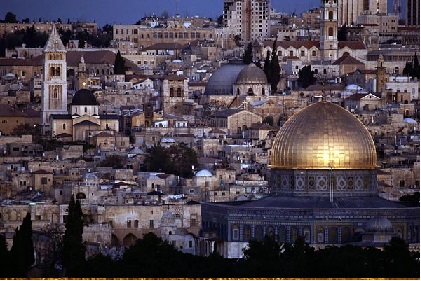 The physical nation Israel has been replaced. It has been given to others bearing. This is also prophesied about in

Acts 13:46, “Then Paul and Barnabas waxed bold, and said, It was necessary that the word of God should first have been spoken to you: but seeing ye put it from you, and judge yourselves unworthy of everlasting life, lo, we turn to the Gentiles.”

We get a clearer understanding what a real Jew is today, who is a true Israelite in the book of

Many preach that they have the birth right to heaven because they bare the physical name Israel. Scripture tells us otherwise in the book of

Jesus is God and He is truth. He is the only way to Heaven. He is not of the flesh. He, like we that are after the promise are at war with the flesh and fight to not do the things of the flesh.

Galatians 5:17, “For the flesh lusteth against the Spirit, and the Spirit against the flesh: and these are contrary the one to the other: so that ye cannot do the things that ye would.”

Only those who understand, those that profess, and those that believe the promise can or will be called heirs and citizens of Israel.

Galatians 3:29, “And if ye be Christ's, then are ye Abraham's seed, and heirs according to the promise.”

What is the promise?

Galatians 3:14, “That the blessing of Abraham might come on the Gentiles through Jesus Christ; that we might receive the promise of the Spirit through faith.”

And to bring further understanding to this we find in

So it remains to be the truth that if the Jewish nation or anyone who receives Jesus Christ as Lord, then they too will be found in heaven.

2 Timothy 2:10, “Therefore I endure all things for the elect's sakes, that they may also obtain the salvation which is in Christ Jesus with eternal glory.”

The Word of God even declares that Christians today who profess Jesus as Lord can even loose the name Israel and their salvation for rejecting there obligation in keeping the commandments of God. Satan has the world in a great deception. He is deceiving the world.

Revelation 12:9, “And the great dragon was cast out, that old serpent, called the Devil, and Satan, which deceiveth the whole world: he was cast out into the earth, and his angels were cast out with him.”

Satan has the physical nation Israel rejecting the Son of God as the way to Heaven and at the same time Satan has the professed Christians believing in Jesus, but then rejecting the very law that governs this universe. A true Christian will keep the law of God and have the faith of Jesus.

Isaiah 8:20, “To the law and to the testimony: if they speak not according to this word, it is because there is no light in them.”

Revelation 14:12, “Here is the patience of the saints: here are they that keep the commandments of God, and the faith of Jesus.”

Revelation 12:17, “And the dragon was wroth with the woman, and went to make war with the remnant of her seed, which keep the commandments of God, and have the testimony of Jesus Christ.”