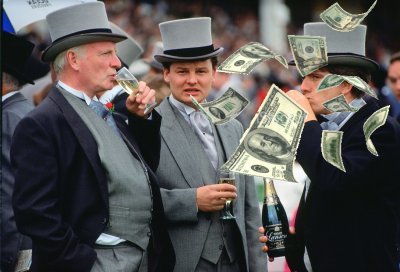 Ecclesiastes 7:5 -[It is] better to hear the rebuke of the wise, than for a man to hear the song of fools.

Proverbs 21:20 -[There is] treasure to be desired and oil in the dwelling of the wise; but a foolish man spendeth it up.

1 John 2:6, 7 -He that saith he abideth in him ought himself also so to walk, even as he walked. The old commandment is the word which ye have heard from the beginning. Again, a new commandment I write unto you, which thing is true in him and in you: because the darkness is past, and the true light now shineth.

Proverbs 12:16 -A fool's wrath is presently known: but a prudent [man] covereth shame.

Matthew 5:48 -Be ye therefore perfect, even as your Father which is in heaven is perfect.

Deuteronomy 32:1-4 -Give ear, O ye heavens, and I will speak; and hear, O earth, the words of my mouth. My doctrine shall drop as the rain, my speech shall distil as the dew, as the small rain upon the tender herb, and as the showers upon the grass: Because I will publish the name of the LORD: ascribe ye greatness unto our God.  [He is] the Rock, his work [is] perfect: for all his ways [are] judgment: a God of truth and without iniquity, just and right [is] he.

Proverbs 12:15 -The way of a fool [is] right in his own eyes: but he that hearkeneth unto counsel [is] wise.

2 Corinthians 8:9 -For ye know the grace of our Lord Jesus Christ, that, though he was rich, yet for your sakes he became poor, that ye through his poverty might be rich.

Proverbs 14:8 -The wisdom of the prudent [is] to understand his way: but the folly of fools [is] deceit.

Psalms 24:1 -A Psalm of David. The earth [is] the LORD'S, and the fulness thereof; the world, and they that dwell therein.

Psalms 50:10-12 -For every beast of the forest [is] mine, [and] the cattle upon a thousand hills. I know all the fowls of the mountains: and the wild beasts of the field [are] mine. If I were hungry, I would not tell thee: for the world [is] mine, and the fulness thereof.

1 Corinthians 6:20 -For ye are bought with a price: therefore glorify God in your body, and in your spirit, which are God's.

Acts Chapter 4&5 -And when they had prayed, the place was shaken where they were assembled together; and they were all filled with the Holy Ghost, and they spake the word of God with boldness.  And the multitude of them that believed were of one heart and of one soul: neither said any [of them] that ought of the things which he possessed was his own; but they had all things common. And with great power gave the apostles witness of the resurrection of the Lord Jesus: and great grace was upon them all.  Neither was there any among them that lacked: for as many as were possessors of lands or houses sold them, and brought the prices of the things that were sold, And laid [them] down at the apostles' feet: and distribution was made unto every man according as he had need.    And Joses, who by the apostles was surnamed Barnabas, (which is, being interpreted, The son of consolation,) a Levite, [and] of the country of Cyprus,  Having land, sold [it], and brought the money, and laid [it] at the apostles' feet.  But a certain man named Ananias, with Sapphira his wife, sold a possession, And kept back [part] of the price, his wife also being privy [to it], and brought a certain part, and laid [it], at the apostles' feet. But Peter said, Ananias, why hath Satan filled thine heart to lie to the Holy Ghost, and to keep back [part] of the price of the land? Whiles it remained, was it not thine own? and after it was sold, was it not in thine own power? why hast thou conceived this thing in thine heart? thou hast not lied unto men, but unto God. And Ananias hearing these words fell down, and gave up the ghost: and great fear came on all them that heard these things. And the young men arose, wound him up, and carried [him] out, and buried [him].  And it was about the space of three hours after, when his wife, not knowing what was done, came in. And Peter answered unto her, Tell me whether ye sold the land for so much? And she said, Yea, for so much. Then Peter said unto her, How is it that ye have agreed together to tempt the Spirit of the Lord? behold, the feet of them which have buried thy husband [are] at the door, and shall carry thee out. Then fell she down straightway at his feet, and yielded up the ghost: and the young men came in, and found her dead, and, carrying [her] forth, buried [her] by her husband. And great fear came upon all the church, and upon as many as heard these things.

1 Timothy 6:10 -For the love of money is the root of all evil: which while some coveted after, they have erred from the faith, and pierced themselves through with many sorrows.

THE FOOLISH RICH MAN:
Luke 12:16-21 - And he spake a parable unto them, saying, The ground of a certain rich man brought forth plentifully: And he thought within himself, saying, What shall I do, because I have no room where to bestow my fruits? And he said, This will I do: I will pull down my barns, and build greater; and there will I bestow all my fruits and my goods. And I will say to my soul, Soul, thou hast much goods laid up for many years; take thine ease, eat, drink, [and] be merry. But God said unto him, [Thou] fool, this night thy soul shall be required of thee: then whose shall those things be, which thou hast provided? So [is] he that layeth up treasure for himself, and is not rich toward God.

Luke 12:15 -Take heed, and beware of covetousness; for a man's life consisteth not in the abundance of the things which he possesseth.

1 Timothy 6:17-19 -Charge them that are rich in this world, that they be not highminded, nor trust in uncertain riches, but in the living God, who giveth us richly all things to enjoy; That they do good, that they be rich in good works, ready to distribute, willing to communicate; Laying up in store for themselves a good foundation against the time to come, that they may lay hold on eternal life.