What About the Dead 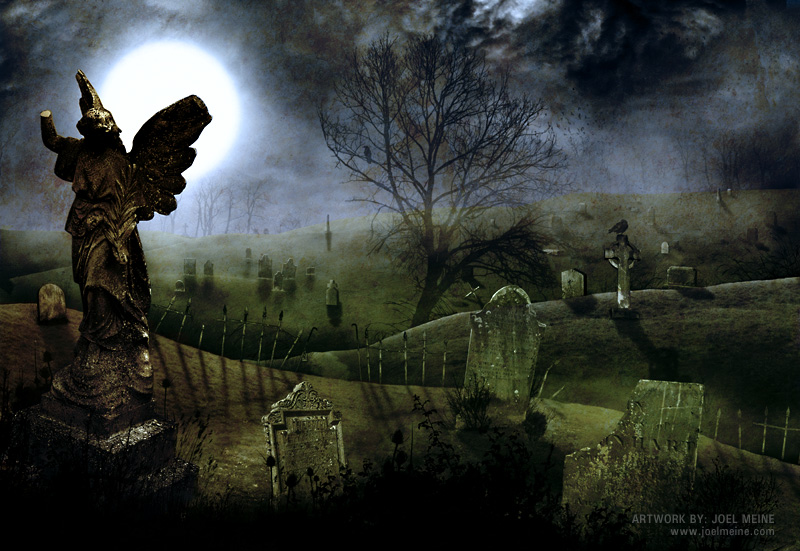 Why do so many say “Rest in Peace,” but yet claim they see or hear dead people? Have you ever wondered this? Sadly, in today’s world, we see many preaching doctrines of devils. 1 Timothy 4:1. The fallen angels are working hard in spiritualism. They are trying to deceive the elect. Matthew 24:24. The world is being taught that they can contact their dead, see them walking around or even go so far as to think that their loved ones are in other parts of the universe getting a second chance in purgatory; others think they have made it to heaven or even in a place called hell that is going on right now where they are going to be burning for eternity. Is any of this true? So, what happens to the soul when it dies?

John 11:11-14, “These things said he: and after that he saith unto them, Our friend Lazarus sleepeth; but I go, that I may awake him out of sleep. Then said his disciples, Lord, if he sleep, he shall do well. Howbeit Jesus spake of his death: but they thought that he had spoken of taking of rest in sleep. Then said Jesus unto them plainly, Lazarus is dead.”

God equates death with sleep! What can we do in the grave?

Can we think?
Psalms 6:5, “For in death [there is] no remembrance of thee: in the grave who shall give thee thanks?”

Psalms 146:4, “His breath goeth forth, he returneth to his earth; in that very day his thoughts perish.”

Can we praise the Lord?
Psalms 115:17, “The dead praise not the LORD, neither any that go down into silence.”

Isaiah 38:18, “For the grave cannot praise thee, death can [not] celebrate thee: they that go down into the pit cannot hope for thy truth.”

What happens after death?
Ecclesiastes 9:5-6, “For the living know that they shall die: but the dead know not any thing, neither have they any more a reward; for the memory of them is forgotten. Also their love, and their hatred, and their envy, is now perished; neither have they any more a portion for ever in any [thing] that is done under the sun.”

Job 14:10-13, “But man dieth, and wasteth away: yea, man giveth up the ghost, and where [is] he? [As] the waters fail from the sea, and the flood decayeth and drieth up: So man lieth down, and riseth not: till the heavens [be] no more, they shall not awake, nor be raised out of their sleep. O that thou wouldest hide me in the grave, that thou wouldest keep me secret, until thy wrath be past, that thou wouldest appoint me a set time, and remember me!

What is the appointed time?

The Resurrection of the dead!

Are those who died in Christ in heaven?
1 Corinthians 15:20-23, “But now is Christ risen from the dead, [and] become the firstfruits of them that slept. For since by man [came] death, by man [came] also the resurrection of the dead. For as in Adam all die, even so in Christ shall all be made alive. But every man in his own order: Christ the firstfruits; afterward they that are Christ's at his coming.”

1 Corinthians 15:51-55, “Behold, I show you a mystery; We shall not all sleep, but we shall all be changed, In a moment, in the twinkling of an eye, at the last trump: for the trumpet shall sound, and the dead shall be raised incorruptible, and we shall be changed.  For this corruptible must put on incorruption, and this mortal [must] put on immortality. So when this corruptible shall have put on incorruption, and this mortal shall have put on immortality, then shall be brought to pass the saying that is written, Death is swallowed up in victory. O death, where [is] thy sting? O grave, where [is] thy victory?”

What is the purpose of hell and who is it for?
Matthew 10:28, “And fear not them which kill the body, but are not able to kill the soul: but rather fear him which is able to destroy both soul and body in hell.”


And what is sin?
1 John 3:4, “Whosoever committeth sin transgresseth also the law: for sin is the transgression of the law.”

Are there some human souls in heaven?
Yes, there are! 28 Souls have made it to heaven already. There are 3 from the Old Testament and 25 from the New Testament including Jesus. This illustrates the resurrection and the first fruits of the last days people who will not taste death as Enoch and Elijah.

2 Kings 2:11, “And it came to pass, as they still went on, and talked, that, behold, [there appeared] a chariot of fire, and horses of fire, and parted them both asunder; and Elijah went up by a whirlwind into heaven.”

Jude 1:9, “Yet Michael the archangel, when contending with the devil he disputed about the body of Moses, durst not bring against him a railing accusation, but said, The Lord rebuke thee.”

Matthew 27:51-53, “And, behold, the veil of the temple was rent in twain from the top to the bottom; and the earth did quake, and the rocks rent; And the graves were opened; and many bodies of the saints which slept arose, And came out of the graves after his resurrection, and went into the holy city, and appeared unto many.”

Who are these saints that arose? The 24 Elders!
Revelation 4:4, “And round about the throne [were] four and twenty seats: and upon the seats I saw four and twenty elders sitting, clothed in white raiment; and they had on their heads crowns of gold.”

Everyone who goes to heaven will have their bodies!

Philippians 3:20-21, “For our conversation is in heaven; from whence also we look for the Saviour, the Lord Jesus Christ: Who shall change our vile body, that it may be fashioned like unto his glorious body,”

Some think king David is already in heaven. So, is he?
Acts 2:29,34 “Men [and] brethren, let me freely speak unto you of the patriarch David, that he is both dead and buried, and his sepulchre is with us unto this day. For David is not ascended into the heavens…”

Last thing:
Since people are sleeping in the grave, what are these things that are appearing to us pretending to be the dead? Answer: DEMONS! These are fallen angels whose main purpose is to keep everyone entertained and deceived from knowing the truth about the state of the dead.

Some would say, “What about this verse?”

Luke 23:43, “And Jesus said unto him, Verily I say unto thee, To day shalt thou be with me in paradise.”

This is a simple punctuation mistake!

Notice: When our Lord was placed on the cross to be crucified for our sins, just before breathing His last and final breathe, Jesus tells the thief on the cross he will be with Him in Paradise, then three days later, Jesus rises from the dead and Mary Magdalene approaches Jesus in John 20:17 where “Jesus saith unto her, Touch me not; for I am not yet ascended to my Father:” Why did Jesus tell the thief on the cross in Luke 23:43 that they're going to Heaven that day, and then three days later, he tells Mary that He hasn't gone yet? Some say this proves the Bible contradicts itself, but does it really? The Bible does not contradict itself at all. The fact of the matter is, many years after the king James Bible was written, punctuation was added to the Word of God. The comma in Luke 23:43 was just simply missed placed. It should have been placed after the word “today” and not before it. If it is left before the word "today," it appears Jesus is being dishonest either to Mary Magdalene or the thief on the cross. However, if it is placed correctly after the word "today", Jesus is now telling them both His truth and no contradiction is assumed. Now read Luke 23:43 with the coma in the correct place...

Luke 23:43, "And Jesus said unto him, Verily I say unto thee To day, shalt thou be with me in paradise."

See how different a simple punctuation can make a big change in how we perceive things:


Dear John,
I want a man who knows what love is all about. You are generous, kind, thoughtful. People who are not like you admit to being useless and inferior. You have ruined me for other men. I yearn for you. I have no feelings whatsoever when we're apart. I can be forever happy -- will you let me be yours?

I want a man who knows what love is. All about you are generous, kind, thoughtful people, who are not like you. Admit to being useless and inferior. You have ruined me. For other men, I yearn. For you, I have no feelings whatsoever. When we're apart, I can be forever happy. Will you let me be?

The Bible does not contradict itself at all. The truth of God is a Lamp for our feet. The Word of God exposes the sins and errors of the unrighteous who speak lies and preach smooth things in order to try and lead the elect down the wrong road. We must let the Word of God speak and as long as we do, the truth will be understood. The Protestant world is being deceived by the so-called ministers of God into believing that the dead go straight to heaven or eternal hell fire. The Roman Catholic Church preaches heresy in a place called purgatory where we get a second chance to get fit for heaven. There is no second chance after this world. Once you die, then comes judgment. Hebrews 9:27, "And as it is appointed unto men once to die, but after this the judgment."