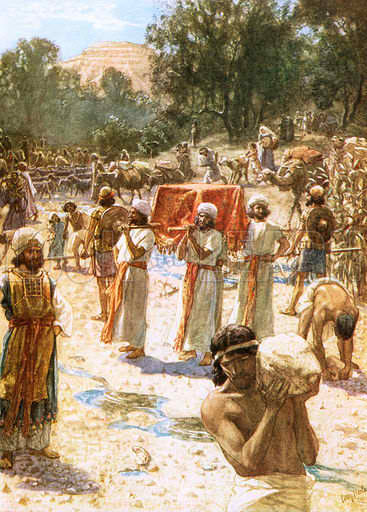 Asher - 8th Son of Jacob to Zilpah, the maid of Leah.

Genesis 30:13, “And Leah said, Happy am I, for the daughters will call me blessed: and she called his name Asher.”

Children of Asher:
1 Chronicles 7:30, “The sons of Asher; Imnah, and Isuah, and Ishuai, and Beriah, and Serah their sister.”

1 Chronicles 7:40, “All these were the children of Asher, heads of their father's house, choice and mighty men of valour, chief of the princes. And the number throughout the genealogy of them that were apt to the war and to battle was twenty and six thousand men.”

Jacob's words of blessings:
Deuteronomy. 33:24, 25, "Let Asher be blessed with children; let him be acceptable to his brethren, and let him dip his foot in oil. Thy shoes shall be iron and brass; and as thy days, so shall thy strength be."

Deuteronomy 33:25, “Thy shoes shall be iron and brass; and as thy days, so shall thy strength be.”

1 Peter 2:21, “For even hereunto were ye called: because Christ also suffered for us, leaving us an example, that ye should follow his steps:”

Zechariah 4:6,7, “Then he answered and spake unto me, saying, This is the word of the LORD unto Zerubbabel, saying, Not by might, nor by power, but by my spirit, saith the LORD of hosts. Who art thou, O great mountain? before Zerubbabel thou shalt become a plain…”

Noted character in the Tribe of Asher:
1. Anna -
Luke 2:36-38, “And there was one Anna, a prophetess, the daughter of Phanuel, of the tribe of Aser: she was of a great age, and had lived with an husband seven years from her virginity; And she was a widow of about fourscore and four years, which departed not from the temple, but served God with fastings and prayers night and day. And she coming in that instant gave thanks likewise unto the Lord, and spake of him to all them that looked for redemption in Jerusalem.”

The Tribe of Asher mingled with unbelievers:
Judges 1:31-32, “But the Asherites dwelt among the Canaanites, the inhabitants of the land: for they did not drive them out.”

But there were honest ones among them:
2 Chronicles 30:10-11, “So the posts passed from city to city through the country of Ephraim and Manasseh even unto Zebulun: but they laughed them to scorn, and mocked them. Nevertheless divers of Asher and Manasseh and of Zebulun humbled themselves, and came to Jerusalem.”

1 Peter 5:8, "Be sober, be vigilant; because your adversary the devil, as a roaring lion, walketh about, seeking whom he may devour."